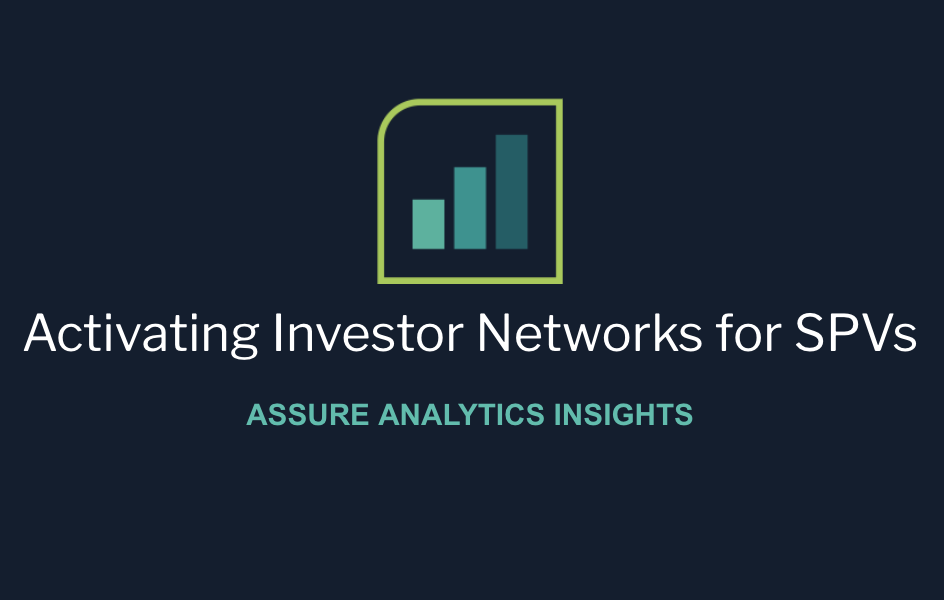 In a continuation of our effort to provide research into investor networks for SPV organizers, in this article we’ll look at network activation.

Previously, we explored investor retention in SPVs, specifically focused on identifying characteristics of SPVs with a large portion of returning investors from the organizer’s prior SPV. We found investor retention appears to be bifurcated, meaning organizers tend to split into two strategies: either high retention (most of the same investors participate in each SPV) or high selectivity (a different set of investors participate in each SPV). We found that, compared to high selectivity SPVs, high retention SPVs tend to be smaller, raising smaller checks from fewer investors; further, they frequently set lower investment minimums, often deploy capital into assets quicker, and are less likely to charge a management fee.

The average organizer activates 17% of their network for each SPV fundraise. The median, meanwhile, activates 11%.

Interestingly, over time these figures have been trending upwards, so that the first half of 2022 saw the average and median rise to 19% and 14%, respectively, from 2016’s rate of 14% and 7%. While this is partly a function of the way network activation has been calculated (if an organizer’s network substantially grows over the years, the network activation of early SPVs is pushed downwards), it’s nonetheless arguably indicative of changing investor attitudes towards SPVs. Namely, it suggests that investors are becoming more comfortable backing SPVs, as organizers have increased the proportion of their network they’re able to activate for any given vehicle.

Particularly noteworthy is the large step-up in network activation norms between the first and second halves of 2020. This step-up accounts for roughly half of the growth in average/median network activation since 2016, and corresponds with the meteoric pandemic-era expansion of private market activity (record-levels of VC fundraising, deal volume, etc.). If shifts in typical network activation rates are indeed a sign of investor attitudes towards SPVs, or private market assets more broadly, then this jump suggests a very positive shift in investor SPV sentiment over the pandemic era.

And despite anecdotal reports of investor hesitancy in the private markets, we have yet to see any decline in network activation rates for the first half of the year.

Perhaps of more interest to SPV organizers, we also looked at what’s typical for the size of an investor network. Network sizes vary widely; however, in our data the median organizer holds a network of 50 SPV investors, with the average sitting significantly higher at 160 investors. 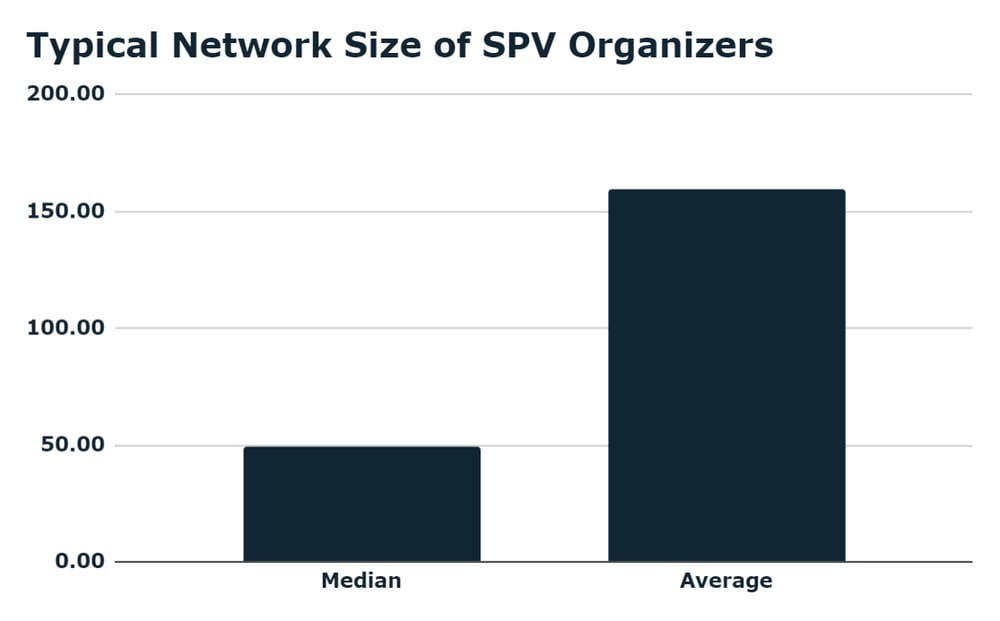 Particularly for those leveraging a high selectivity strategy, each additional SPV raised will broaden the pool of prospective investors that can be activated for the next capital raise.

So just how much does each SPV typically broaden an organizer’s network? We found the median organizer widens their network by 6 investors with each raise, while the average brings on 17 new investors per raise. 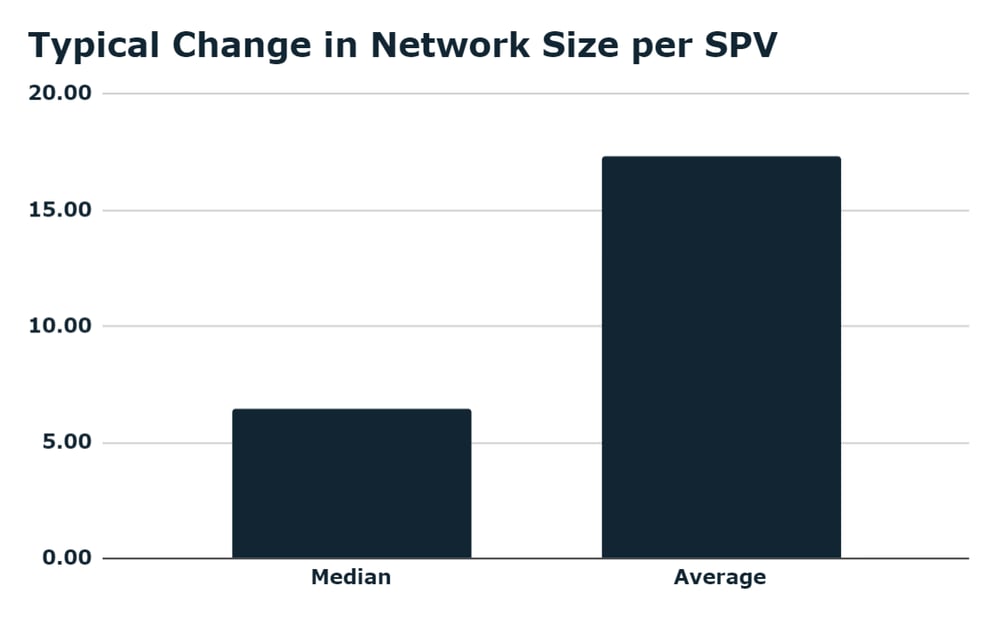 Naturally, as organizers create a larger network of investors willing to back their SPVs, they also require lower network activation rates to amass similar amounts of capital. All else equal, to achieve a $2M SPV from a network of 10 investors requires activating a higher proportion of those 10 investors than when raising from a prospective pool of 50 investors.

As the below scatterplot shows, there is indeed a strong negative correlation between an SPV’s network activation percentage and the network size of the organizer raising that SPV. Clearly organizer’s with large networks are less likely to have high network activation. 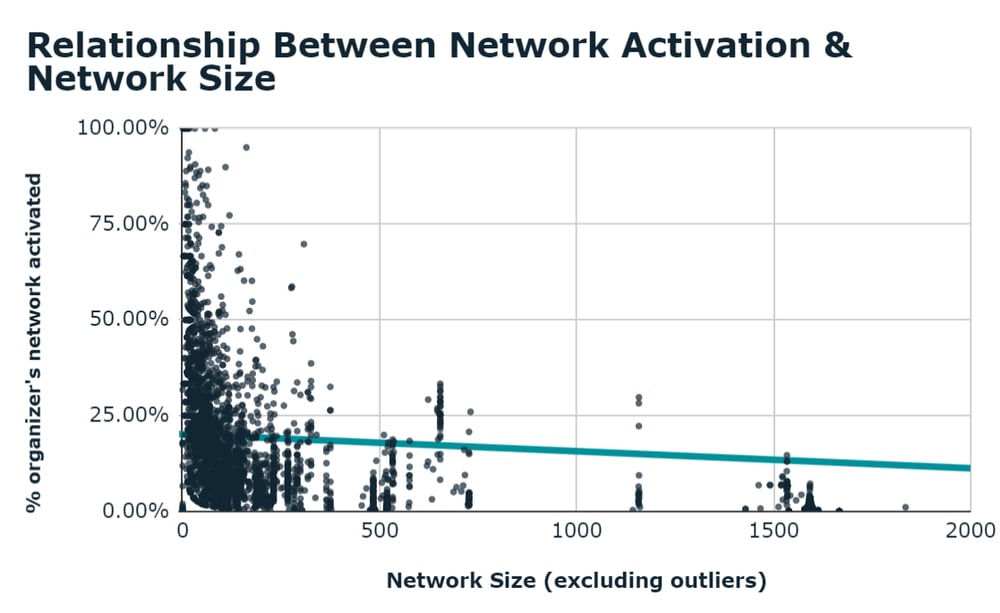 Up to this point, we’ve assessed what’s typical of SPVs broadly, not differentiating between what’s typical of a VC SPV vs. a Real Estate SPV vs. a Family Office SPV. But as we’ve explored in previous analyses, different organizer types utilize SPVs very differently – and the same applies when looking at network activation.

For one, SPVs with high network activation (defined here as a rate of 25% or higher) tend to be larger. The median high activation SPV raises almost $600K, compared to just over $400K for low activation SPVs.

But interestingly, the capital per investor of high activation SPVs doesn’t differ from that of low activation ones. Both groups of SPVs have a median capital per investor of $34K. This implies the increased capital raise of high activation SPVs is more a function of onboarding a greater number of investors, rather than raising larger checks from each investor (which is logical given these SPVs are, by definition, activating a larger portion of an organizer’s network). 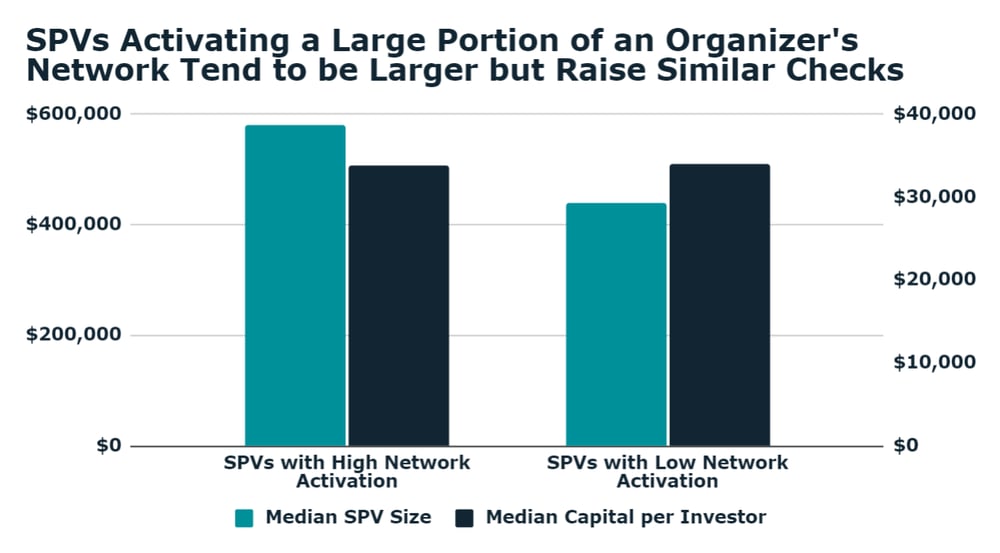 The exact mechanism behind this difference is unclear. But one possibility is that when an organizer needs to raise a larger SPV to fund a larger deal, they are more likely to shy away from charging a management fee so that they can incentivize a larger portion of their network to participate in the raise, instead relying on carry as compensation. 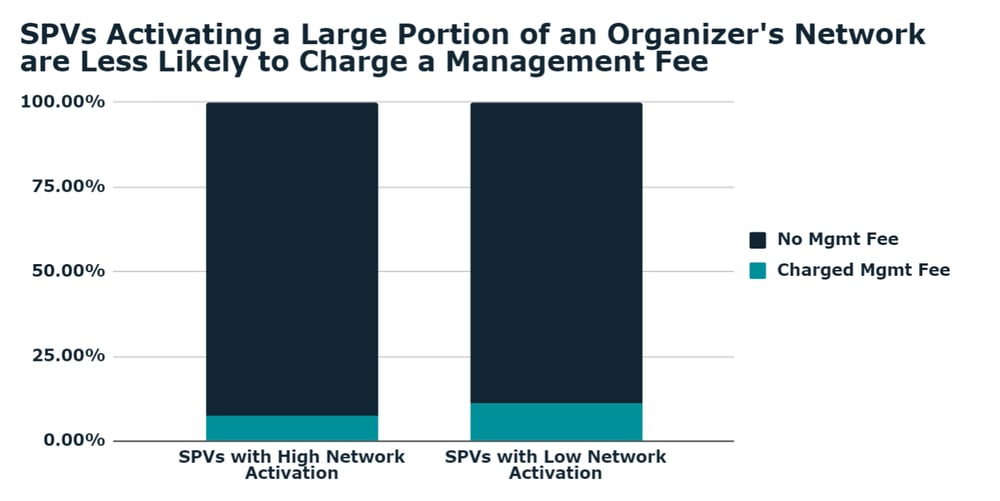 High activation SPVs also tend to deploy their assets into deals more quickly. The average high activation SPV has 48 days between forming and signing its first purchase agreement, with the median at just 28 days. In comparison, low activation SPV take a little longer to complete their deals, taking an average of 66 days (median of 32 days).

This could be a sign that organizers feel more pressure to quickly invest the SPV’s assets when a higher proportion of their investor network has participated (since the risk of burning that set of investors is much more consequential to future fundraising). However, it could also simply result from high activation SPVs being raised for high performing subsets of an organizer’s dealflow, when diligence timelines are shorter (since high activation SPVs also tend to be larger). 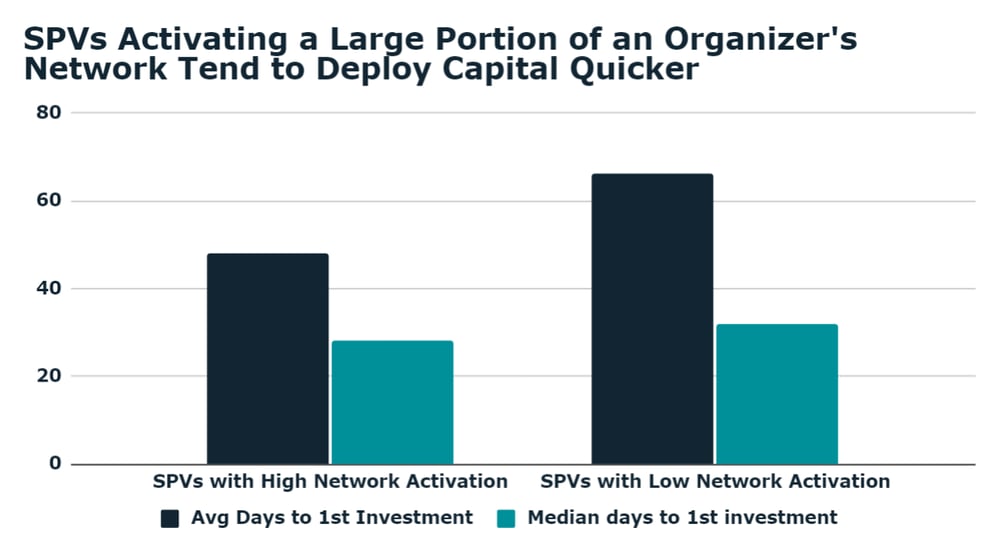 The Deal is the Driver

As we discussed previously, building and activating an investor network is both an art and a science. There is endless variation and nuance to raising capital – ranging across asset classes, investor networks, specific deals, and individual fundraising styles. This article series dives into the science behind activating investors in SPV deals. We’ll continue to research and publish on this topic in order to help you become better investors and fundraisers. 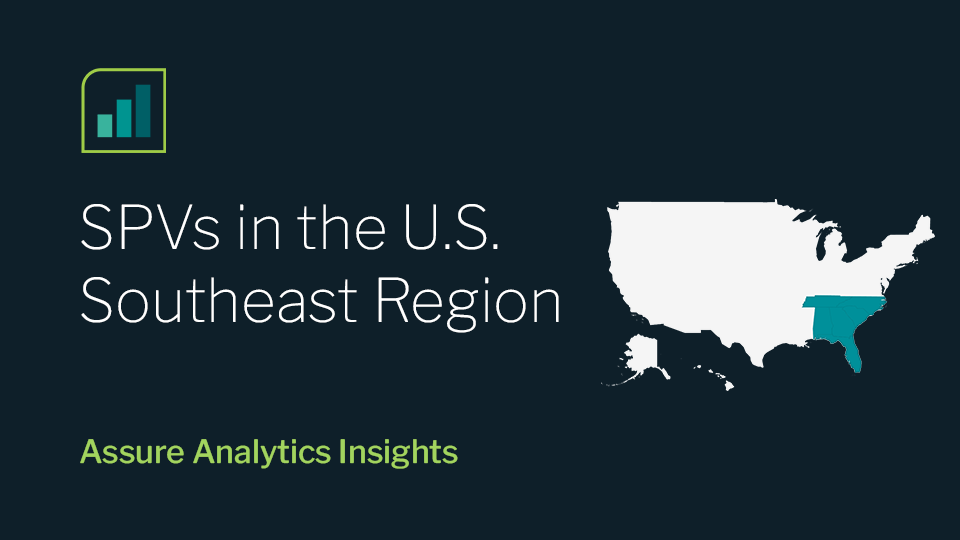 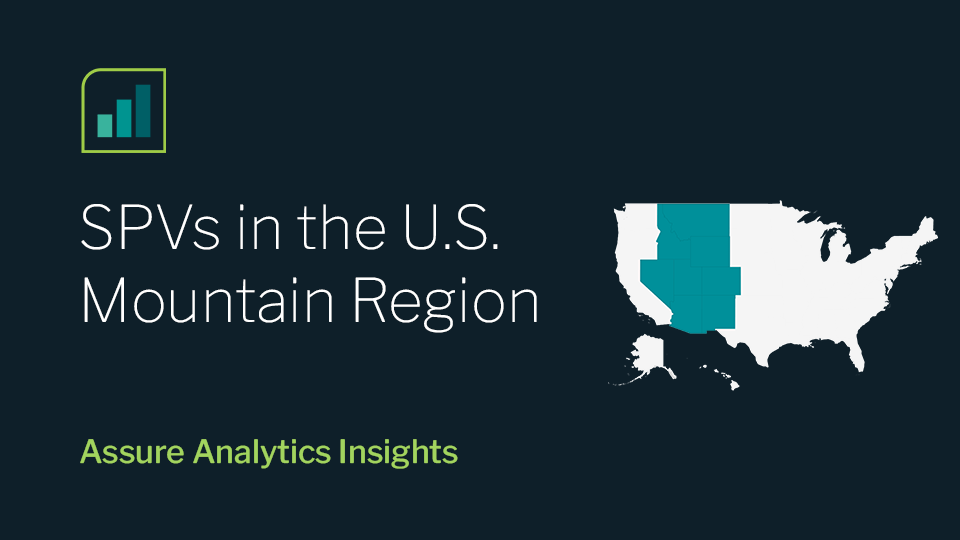 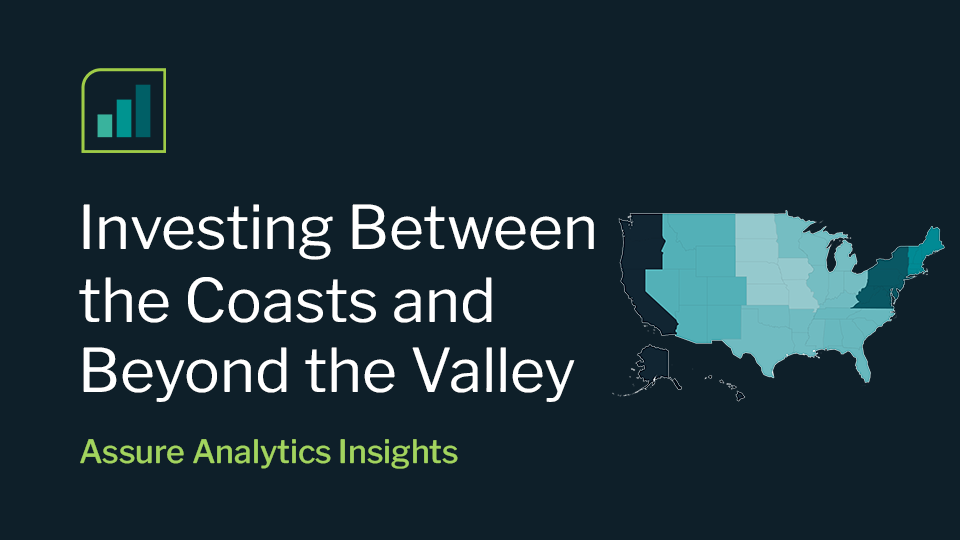