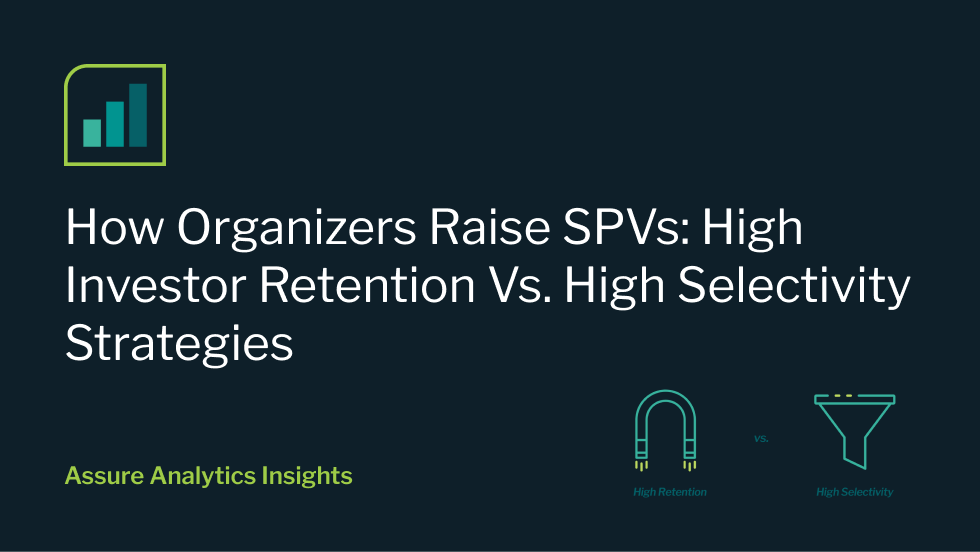 Building and activating an investor network is both an art and a science. Networks behave differently depending on the target asset class, the specific deal, the network size, the composition of individuals and firms, their own priorities and concerns (such as diversification vs. wealth accumulation vs. preservation), market dynamics, and much more.

All SPV organizers have an investor network – whether it's just one investor or dozens. To help offer perspective on the topic and inform how organizers approach their capital raises, Assure Analytics is assessing investor behavior around SPVs. In this first article, we look at investor retention.

The first is a strategy that we’ve deemed “high retention.” These are organizers that consistently rely on a large portion of investors from each SPV to return and re-back the organizer’s subsequent SPV. These organizers can be thought of as cultivating a tightly knit network of “loyal” investors who reliably invest in an organizer’s deals.

The second strategy, which is on the opposite end of the spectrum and can be thought of as “high selectivity,” leans more heavily into the flexibility advantage of single asset SPVs. These organizers don’t consistently see a large portion of investors returning to back subsequent SPVs. Instead, this strategy appears to recognize that a major appeal of SPVs to an investor network is the ability to selectively back a subset of the organizer’s deals. This naturally results in lower retention, as each investor in an organizer’s network only invests in those deals that align with that investor’s strategy and needs.

Of course, each strategy can be an effective way to raise multiple SPVs, and plenty of organizers successfully close subsequent vehicles with either approach. In this article, we’ll break down the prevalence of each investor retention strategy, and identify characteristics of SPVs that exhibit high retention vs. high selectivity.

High Retention vs. High Selectivity: Prevalence of Each Strategy

First, to explore whether retention rates really are “strategies” as opposed to a random characteristic of every individual SPV, we looked at the correlation between investor retention from a prior SPV and retention in the subsequent SPV.

Of course, the scatter plot also makes clear that these strategies aren’t cut-and-dry. Plenty of SPVs diverge from the trendline and exhibit high retention from prior SPVs but low retention in subsequent SPVs, and vice versa. Intended strategies obviously don’t always pan out. And organizers may choose to branch into new assets, new industries, etc. as they do more deals, which may in turn impact their retention strategy. But given the degree of correlation, it’s nonetheless insightful to report on general differences between SPVs with high and low retention.

So just how common are high retention and high selectivity strategies?

We found approximately 18% of SPVs exhibit high retention rates, defined as having at least half of investors returning for the next SPV by the same organizer. Consequently, it seems the primary approach by organizers is a high selectivity, low-retention strategy.

Logically this tracks: Angel Groups, FOs, and Individuals all tend to be raising capital from a tight network of investors, often those that the organizer has personally known for a while and has established trust or loyalty.

VCs, in turn, often use SPVs for sidecar and follow-on deals that may resonate with (or only be offered to) a specific subset of their funds’ LPs. Some VCs also use SPVs to syndicate pro rata more widely and ‘court’ prospective investors for their future funds.  Syndicate Funds are more likely than other groups to be leveraging SPVs for the exact reason of flexibility: the option to invest on a deal-by-deal basis.

Logically, it’s easier to retain a high proportion of investors when there’s a smaller set of investors that need to be wrangled for each deal, as well as when the commitments from each investor are smaller. 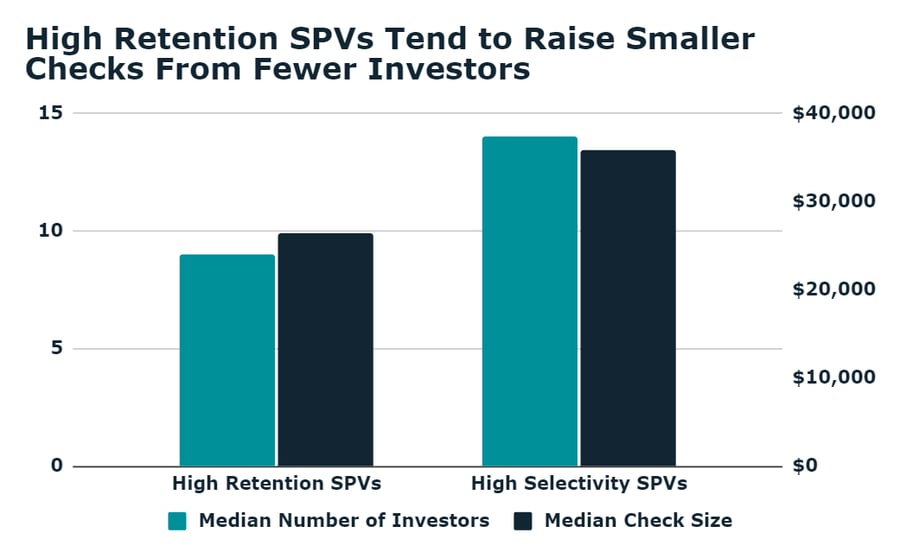 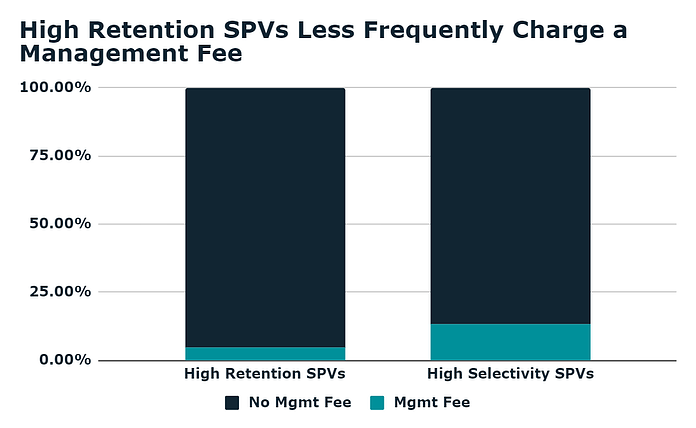 As mentioned before, both high retention and high selectivity strategies successfully allow organizers to raise subsequent SPVs and cultivate an investor network that simplifies the fundraising process.

However, the analysis here makes clear there are meaningful differences in how organizers opting for each strategy leverage SPVs. Those taking the high retention route tend to raise smaller SPVs from fewer investors, each of whom contributes (on average) less capital. They also lean away from management fees, set lower investment minimums, and more quickly deploy the capital they raise into underlying assets.

That said, these norms aren’t hard-and-fast rules – they are simply benchmarks, from which organizers inevitably deviate, even from one SPV to their next. Organizers can pursue, and have, a high retention strategy while raising larger SPVs with higher minimums and charging a management fee.

And while retention strategies are one component of SPV investor management, in a coming piece we’ll explore another: network activation. Specifically, looking at characteristics of SPVs that successfully activate a large percentage of an organizer’s network. 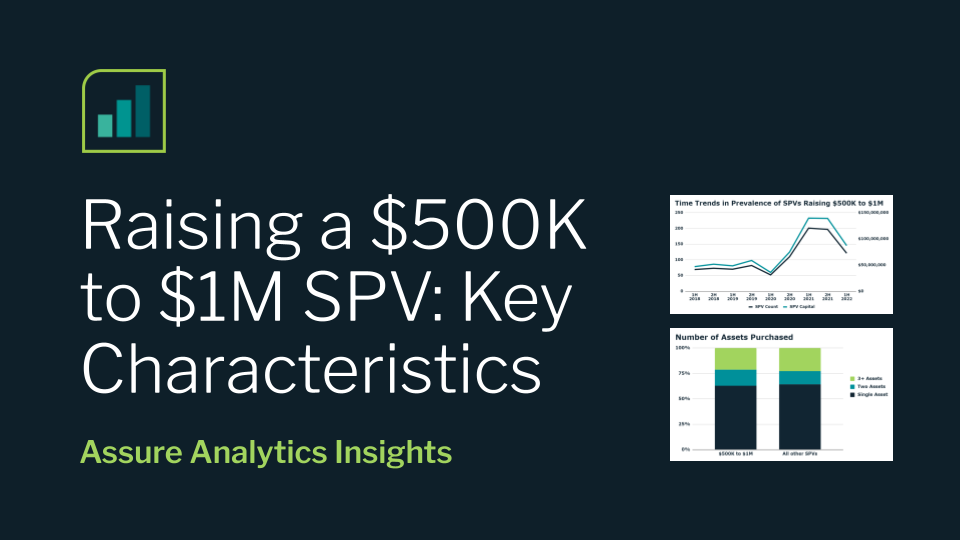 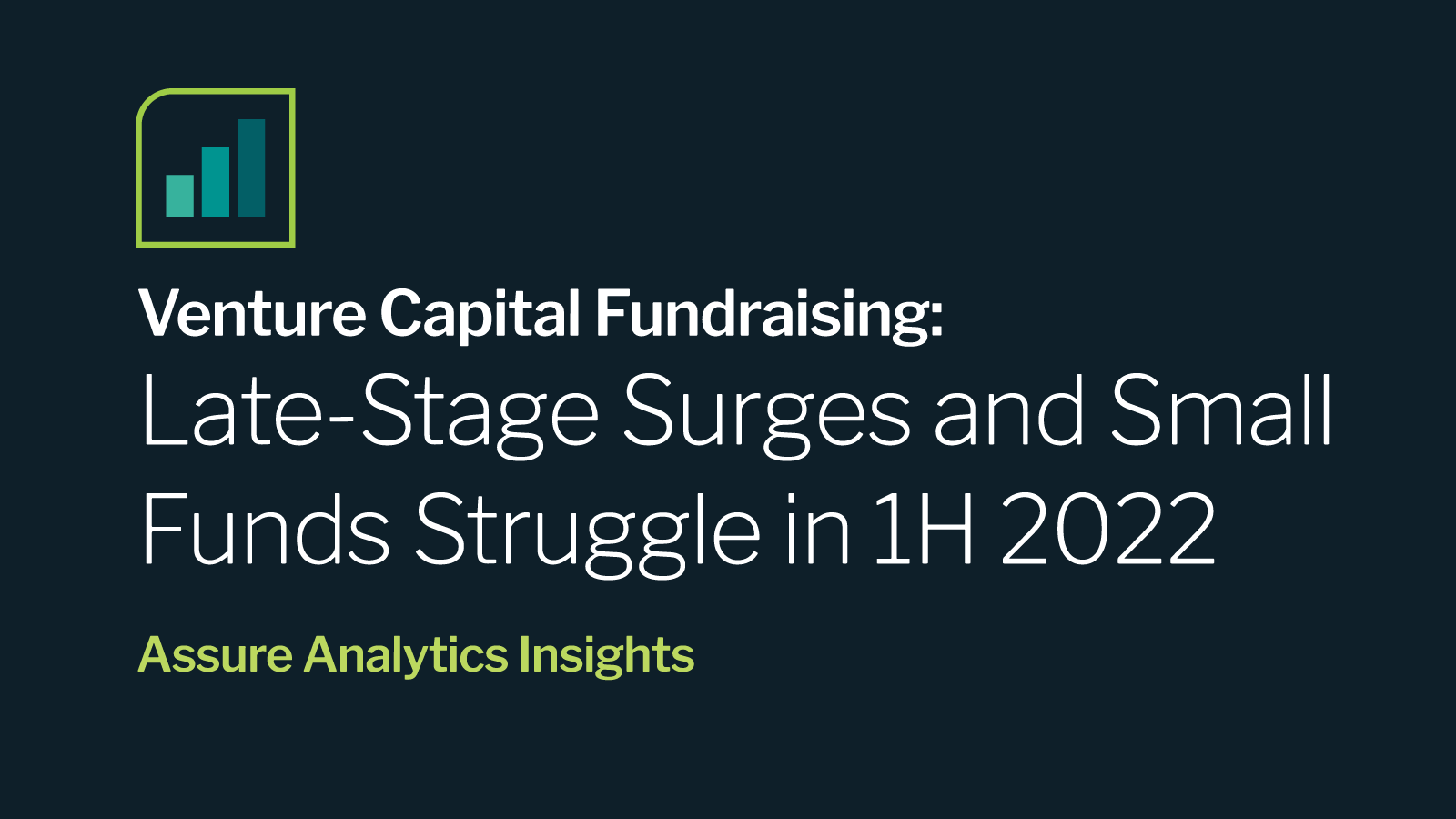