INSIDE FOUR KEY COMPLEXITIES OF IPOs

Inside Four Key Complexities of IPOs

Reaching your Company's Ultimate Success:  In venture capital, the Initial Public Offering (IPO) of a company is regarded as the ultimate success. For the company, an IPO reflects a coming of age, having successfully navigated the volatile waters of start-up life to become an industry leader, and often a household name. For investors, it is often the highest payout they will see, and often a time where they will let go of some of their previously held responsibilities. However, more so than any other type of exit, the IPO comes fraught with any number of complexities, be it regulatory, interpersonal, or strategic. With all of the positive attention on the company, there comes an enormous amount of scrutiny. The company suddenly has a responsibility to disclose a large amount of information they previously were able to keep private. For fund managers, general partners, and angel investors, the IPO process can lead to significant wealth, however, it is important they understand the process both before and after the stock is publicly listed. 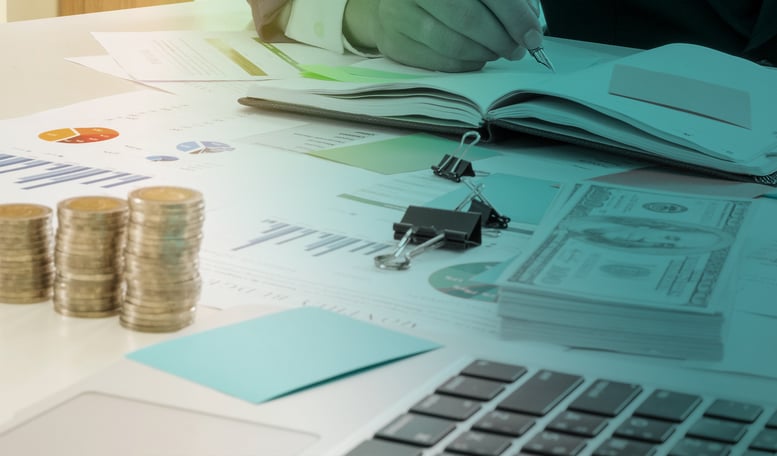 There are four pivotal points in the IPO process as it relates to early investors in the company and how their investments may be affected by the change from private to a public company.

At the most fundamental level, an IPO is another financing round for the company. Like their previous financing rounds, the company will issue new stock that can be purchased by investors in order to raise money. However, unlike the previous financing rounds, since the new shares will be available to the public rather than just accredited investors, the new shares being offered in the IPO will need to be registered with the Securities and Exchange Commission (SEC). They do this through a document known as the S-1. The S-1 is the first official notice that the company is going public. Before a company goes public, the speculation around an IPO can last for months or even years before the actual event. The S-1 offers the first tangible information on the IPO. Considering how momentous an occasion an IPO is for a company, the S-1 is deceptively straightforward. It is a large document that includes the company’s financial history and growth strategy. In reality, the information provided in the S-1 will likely total several hundred pages and will go through several iterations between the SEC and company before being approved by the SEC. The plan to go public will then be approved by company insiders and made public. Once made public, the S-1 will be used by all varieties of investors to evaluate whether or not the company should be invested in. Before they get the opportunity to invest, the company share structure may undergo a couple of critical changes that greatly affect existing shareholders, the pre-IPO conversions.

As part of the transition from a private company to a public company, there are two potential conversions that may happen, depending on the needs of the company. First is a conversion of preferred stock into common stock. Here the preferred stock that was issued to early investors will be reissued as the more general stock that does not have the rights and benefits attached that investors received for being early investors. The reason for this conversion in large part has

to do the with the attractiveness of the investment to public investors. Since preferred shares have a myriad of rights that common stockholders do not have, any incoming investors would automatically be subordinated to the earlier investors in a number of matters, increasing the risk of the investment and scaring away potential investors. Note, there are often thresholds that are required to be met for a conversion of stock to happen in an IPO. This is to ensure that the IPO is legitimate. The thresholds take the form of multiples of the investment amount, with higher multiples for earlier investors, and lower multiples for later investors. For example, if an investor invested in a seed round, the value of the company at IPO may need to be 10-15x the value of the company at the time of the seed investment to trigger the conversion, while a series D investment may only require a 3x valuation. If the company does not meet the conversion thresholds, it would be a big red flag for investors.

The other conversion that may occur pre-IPO is a stock split. Here, if the company does a 10:1 split, a single share in a company valued at $100 per share may be replaced by 10 shares valued at $10 per share. The reason to do a split is ultimately to improve the attractiveness of the investment by increasing liquidity and accessibility. A successful IPO could value the company in the tens of billions of dollars, and without a split, the per share price could be several hundred dollars. Many retail investors may be unable or unwilling to sink hundreds of dollars into a single share of a company and would be discouraged from investing. By decreasing the share price and adding more shares, more investors are able to participate, increasing both demand and liquidity of the shares. However, before an investor is going to be able to put their shares on the public market, they are going to be restricted from selling their shares until the lockup period has ended.

Once the company has been publicly listed, the converted private shares will be subject to a lock-up period. This lock-up period is typically 6 months from the time of the public offering, though it is dependent on the company to set the lock-up period. During this period, investors who are subject to the lock-up are prohibited from selling, trading, donating, or assigning their shares to anyone else. If the investor is a fund, the lockup period will typically prohibit the underlying investors from indirectly trading their interests as well, but not defeat the lockup period through a secondary market. The reason for the lockup period is simple, investors in private companies wait years for an IPO and the opportunity for liquidity, and without a lockup period, there is a danger that those investors will sell all their stock on the first day, and tank the price of the stock. The fear of a significant drop will scare away institutional investors and small investors alike and defeat the purpose of the IPO by resulting in a massive devaluation of the company. By forcing early investors to wait, the stock has the opportunity to be judged by the market on its merits and develop a performance record. By the time the lock-up period has ended, many early investors may want to continue to hold if there has been an uptrend, or there is enough demand that insiders selling their shares will not tank the stock price.

Once the shares have converted and the lockup period has ended, how early investors deal with the public shares depends on several factors. The structure of the investor may be taken into account, as the needs and responsibilities of an angel syndicate are different than that of a venture fund.

Alternatively, the preferences of a general partner (GP) versus their limited partners (LPs) also may be an issue. Market conditions and company performance may also make a difference. Whatever the considerations, there are several possible approaches todealing with public shares. First, the general partner or investment advisor of the fund can make a decision to sell the shares on the public market as soon as they are available, converting the shares into cash, and then distributing the cash out to investors. This offers a fast, easy benefit that mitigates the risk of a downtrend while capping any potential benefit. With a fixed dollar amount in the brokerage account, allocation monies and taking carry is an easy calculation.

On the other hand, the GP may hold onto the shares until they believe they have appreciated to an appropriate level before selling, regardless of the desires of his LP. This allows for a potentially much larger upside but presents a risk if the Stock does not perform, as the LPs or underlying investors will be frustrated with the lower price. To avoid this potential issue, the GP may not want the responsibility of determining when to sell for each investor and will simply transfer each LP’s pro rata portion of the stock to the respective LP or investor as soon as they can allowing them to sell their stock whenever they see fit. This method is often the safest choice for the GP in terms of reputation, however, the means of determining share allocations should be determined up front. Finally, the GP or investment advisor may just do whatever each LP wants, be it sell at a fixed price, transfer shares to the LPs, hold until the GP decides to sell, or a combination of all three.

The decision to deal with the public shares is one that can be done in a number of ways and depends on a number of factors. No matter what the means is, hopefully all of the investors realize the gains that they imagined when they took a chance and invested one of the riskiest investments that can be made, a startup.

The IPO process involves much more and is far more complex than what is outlined in this article. Hundreds of people put in thousands of hours to bring a company from a private issued business to a publicly traded entity. This article only scratched the surface of the full process. Assure has managed a large number of syndicates and funds that have been involved in over one hundred IPOs and dealt with all of the circumstances outlined in this article.