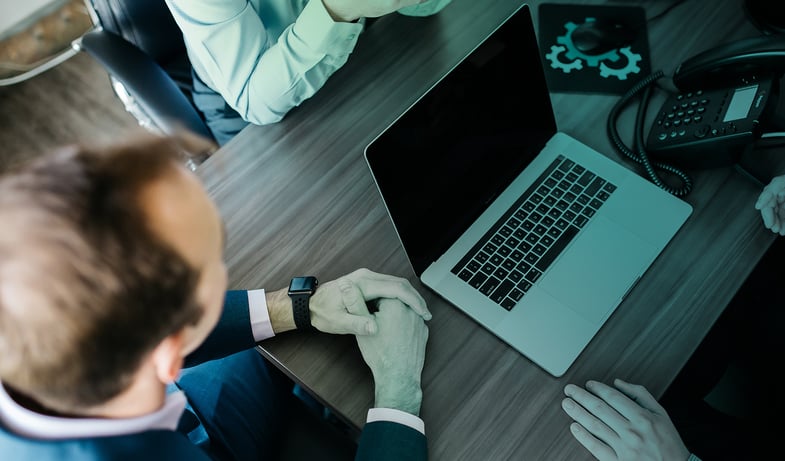 Investment advisers who are primarily regulated by the SEC (Large Adviser firms with $100M or more in Assets Under Management (“AUM”)) may claim federal exempt reporting status by relying on one of the statutory exemptions implemented under the Dodd-Frank Act amending the Investment Advisers Act of 1940 (“Advisers Act”).

The first exemption is the Private Fund Adviser Exemption under Section 203(m) of the Advisers Act. The major benefit of relying on the Private Fund Adviser Exemption for Large Advisers is the transition threshold from state to federal registration and from a federal ERA to a full-fledged RIA ($100M AUM to $150M AUM). Also, the Large Adviser may advise non-venture capital funds, including funds of funds, and secondary funds. Additionally, Large Adviser ERA’s would typically incur substantially less internal costs associated with collecting, reviewing, reporting, and updating Form ADV.

This exemption is available to a U.S. based adviser of “private funds” that have a combined AUM of less than $150M. A “private fund” is an issuer of securities that would be an investment company but for the exceptions provided for in Section 3(c)(1) or Section 3(c)(7) of the Investment Company Act of 1940 (“ICA”). Most private equity funds rely on the investment company registration exemptions under Rule 506 of Regulation D (private offering exemption) and under 3(c)(1) or 3(c)(7) of the ICA:

Section 3(c)(1) of the ICA provides an exclusion from investment company registration for a fund that: (i) does not publicly offer its securities; and (ii) has 100 or fewer beneficial owners.

Section 3(c)(7) of the ICA provides an exclusion from investment company registration for a fund that: (i) does not publicly offer its securities; and (ii) limits its owners to Qualified Purchasers.

An organizer considered a Large Adviser ($100M or more in AUM) that advises funds that meet these qualifications may register with the SEC as a federally covered ERA. If the organizer advises any clients that are not private funds, then the adviser must register as an RIA with the SEC.

Each investment fund that an organizer advises must meet the Venture Capital Fund definition or the adviser cannot rely on the exemption. If each fund advised by the organizer meets the definition then the adviser can remain an ERA indefinitely. In contrast, an adviser relying on the Private Fund Adviser Exemption may only do so until its AUM reaches $150M. After that, the adviser would be required to become a federally covered RIA. Most private funds managed by Assure are structured as Venture Capital Funds and organizers acting as an investment adviser to each such fund would typically qualify as an ERA under this specific exemption.

Small and Mid-Sized Advisers (advisers with less than $100M AUM) must comply with applicable state law where it conducts its advisory business. These advisers are generally prohibited from registering with the SEC and may not register as a federally covered ERA under an exemption discussed above.

Some states have adopted the NASAA Registration Exemption for Investment Advisers to Private Funds Model Rule (or a variation of that rule) which provides exemptions for state-regulated advisers from state RIA registration. States that provide either the model rule or a modified version of the rule typically include exemptions that are similar to the federal Venture Capital Fund Adviser and Private Fund Adviser exemptions. However, a state may have modified or additional requirements that organizers should take into consideration as part of their registration. California is one of the states that has adopted a modified version of the NASAA Model Rule. Organizers who are primarily regulated by the California Department of Business Oversight may rely on the California Private Fund Adviser Exemption discussed below.

Under California law, the equivalent state ERA exemption is called the Certificate Exemption for Investment Advisers to Private Funds (see Cal. Code Regs. tit. 10, Section 260.204.9). Under the rule a “Venture capital company (“VCC”) includes a fund that meets the federal venture capital fund definition (item 2 below) as well as two other standards:

If the organizer advises funds that meet one of these definitions then it may claim the certificate exemption for investment advisers to private funds under California law. The second standard allows a California adviser to rely on the venture capital fund definition as defined by federal law for purposes of claiming the state exemption. If the adviser meets this standard or one of the other definitions then it is a VCC and is only required to file a truncated Form ADV, pay the applicable state filing fee, and abide by the substantive requirements of state covered ERAs.

If the organizer advises funds that do not meet one of the three statutory definitions of a VCC, then it still may rely on an exemption from state RIA registration but with additional considerations. A private fund (excluding a fund that limits offerings to Qualified Purchasers) that does not qualify as a VCC is considered a “retail buyer fund” under California law. An adviser to a retail buyer fund may still qualify for the certificate exemption for investment advisers to private funds but must provide audited financials to the fund’s beneficial owners within 120 days of the end of the fiscal year and may not charge performance fees to an investor that is not a “qualified client.”

If the state does not have applicable exempt reporting adviser exemptions then the adviser must ensure that it complies with state RIA requirements. Given the complexity of state RIA and ERA requirements, fund organizers should consult counsel for the appropriate course of action to ensure full compliance.

Why Should I Engage Assure for ERA Compliance Services?

What about foreign investors?

Five Most Common Compliance Questions Answered by our Experts