NECESSITY IS THE MOTHER OF INVENTION
RISE OF ENTREPRENEURSHIP

Necessity is the Mother of Invention–Rise of Entrepreneurship

Entrepreneurs have existed since the dawn of civilization, and their prevalence in society is arguably never greater than now.

When looking at the evolution of private investing, we must first look to the entrepreneurs. Entrepreneurs open markets, facilitate access, and drive change. To accomplish this, they (usually) need investment capital. While entrepreneurs have existed since the dawn of civilization, their prevalence in society is arguably never greater than now.

Let’s examine the rise of digital innovators and the transformational impact they’re having on investing.

Entrepreneurs are central to the evolution of private investing: they not only create investable companies, but also drive massive industry changes (such as in financial services and regtech, which we’ll dig into in Section 4), and mint new high net worth investors. In recent history, two periods warrant particular attention:

Late 1990s — The Dotcom Era:  The advent of the commercial Internet and the launch of early online companies ushered in a new era of entrepreneurship. Innovation transitioned from costly hardware (which characterized startups of the 1980s and before) to more capital-efficient software, and led to the dotcom boom (and subsequent bust). Many VC firms got their start during the late 90s, but there were still far fewer VCs and private market investors than there are today.

Today, Value is Increasingly Generated pre-IPO, in the Private Markets

Following the dotcom bust, there was a bit of an entrepreneurial winter. Capital was much more difficult to come by, and fewer startups got off the ground. Investors had a distinctively risk averse mindset. Nevertheless, innovation continued: the 2000s gave rise to “Web 2.0”. The advent of social media, Facebook, Youtube, MySpace, Twitter, Linkedin, and others not only laid foundations for new and more efficient distribution channels, but also gave rise (through their employees and acquisitions) to subsequent waves of talented founders and active angel investors. (These platforms also gave rise to blogging and more transparent communication, additional key components in the evolution of private markets that we’ll touch on in Part 3.)

2007-2008+— The Global Financial Crisis:  One often overlooked consequence of the Global Financial Crisis (GFC) is that from the nearly 9 million jobs lost came a huge wave of entrepreneurs. Faced with no job and dismal prospects, many turned to entrepreneurship. The world saw an explosion of new innovators. In fact, the years during the GFC saw the creation of many household brands we know today. These winners built excitement for investing in the private markets, generated outstanding private market returns for their investors, and minted many new millionaires among their employees (many of whom themselves are clamoring to invest in alternative assets). A sampling of startups founded between 2008 and 2011 include: 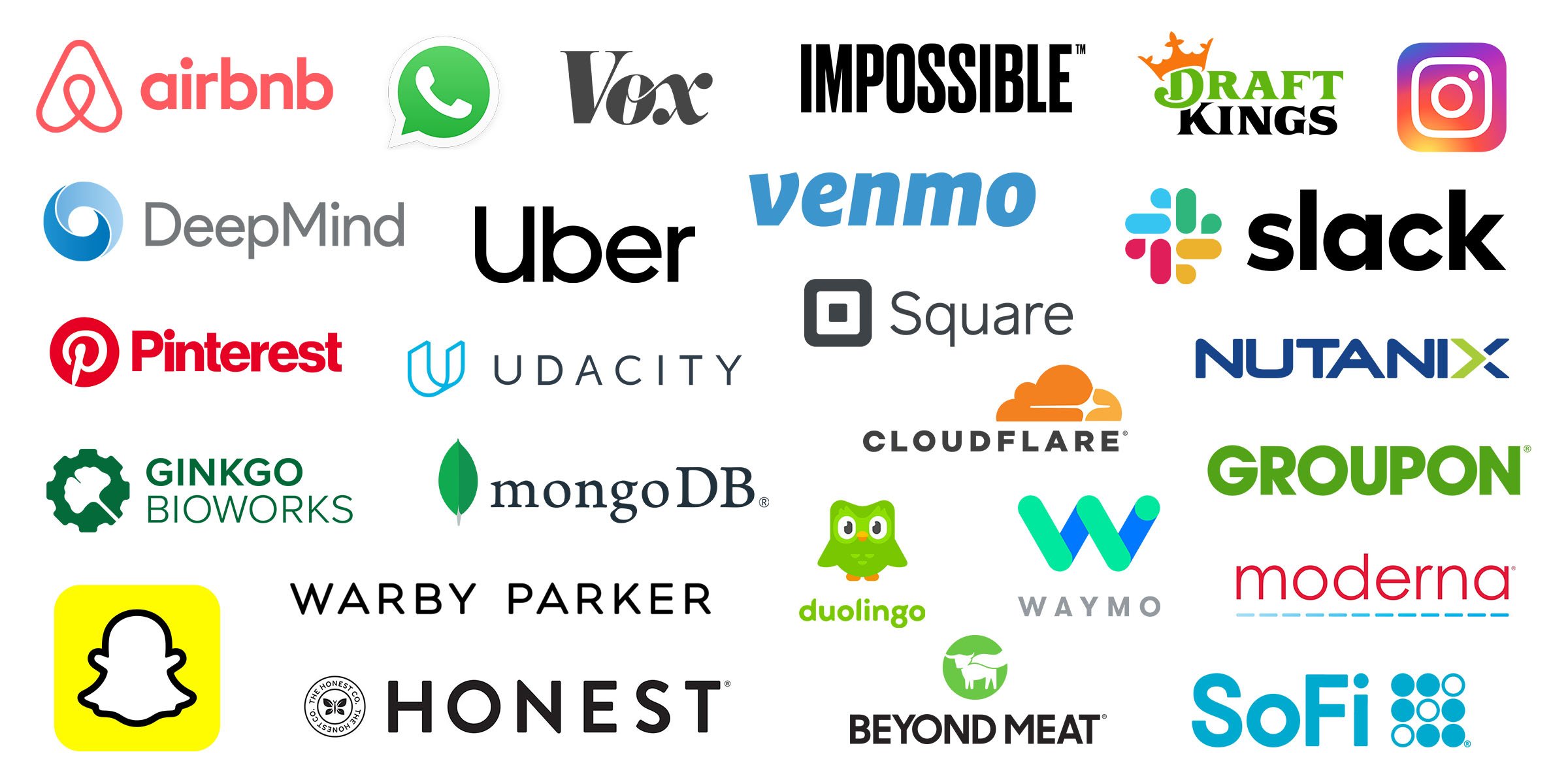 The scaffolding and support networks around entrepreneurs is similarly important in the evolution of private markets. While the Kauffman Foundation has been helping entrepreneurs since 1966 and the U.S. government has occasionally debuted new support programs and agencies — such as the Small Business Administration in the 1950s and the Small Business Innovation Research program in the 1980s — for decades startup founders were largely on their own.

In the mid 2000s, this began to change rapidly with the rise of accelerators and other support networks. Domestic and global policy also entered the game with President Obama’s 2009 ‘A New Beginning’ speech in the depths of the recession -- which gave rise to the annual Global Entrepreneurship Summit as well as increased appetites among policymakers around the world to ease the regulatory environment for founders and investors alike.

2005 to today — Accelerators Emerge:  Around this time, startup accelerators began to launch -- offering mentor networks, educational frameworks, and most critically, seed capital for startup founders. While the vanguard was just before the GFC (Y Combinator 2005, Techstars 2006, Seedcamp 2007) — the bulk of accelerator growth occurred over the 2010s, with the likes of Techstars and Startupbootcamp (2010) expanding to new markets and hundreds of other accelerator brands setting up shop. One key feature of accelerators was the demo day: a highly polished spectacle where angel investors and VCs can meet and invest in the next batch of founders. Many of these were in-person affairs, with some open to all and others being invite-only. Some, such as 500 Startups (2010), began putting their demo days on YouTube for all to see. Others, such as BoomStartup (2010), launched as ‘virtual’ accelerators built around online platforms for both founders and investors.

2007 to today — Support Networks Grow:  Simultaneously, organizations such as Startup Weekend (2007) arose to support founders at their earliest stages, hosting thousands of ‘hackathons’ over subsequent years.

In conjunction, new network-driven organizations like the Global Entrepreneurship Network (2008) (and its annual conference) and Startup Grind (2010) fueled local and global attention and chatter. And corporations such as Google (and their Google for Entrepreneurs program, 2011) also began to wake up and underwrite entrepreneurship for strategic reasons — often a mix of intrapreneurship and corporate development.

These entities and hundreds of others all played a notable role in getting their local areas more involved in and aware of startups (and the investment opportunities they generate) and helping entrepreneurs do more faster.

The Rise of Angel Investing: Along with the growth of entrepreneurship and startup ecosystem building, angel groups and investing began to evolve and grow. Many angels were former entrepreneurs themselves, but over time the idea of angel investing took root across professions — from industry execs (ex: Xoogler, 2015) to financial pros to alumni groups (ex: Princeton Alumni Angels, 2018) to specialized scientists and practitioners (ex: Space Angels, 2017). The Angel Capital Association (2004) provided resources to new and existing angel groups, while helping grow membership bases. Other firms, such as Startup Angels (2014) launched to serve as onramps for aspiring angel investors, directing them towards the right resources and investment platforms.  The idea of online angel investors launched with companies like AngelList and FundersClub. Finally, financial innovators like Assure began to innovate around the way deals are done, by streamlining and simplifying the SPV process. 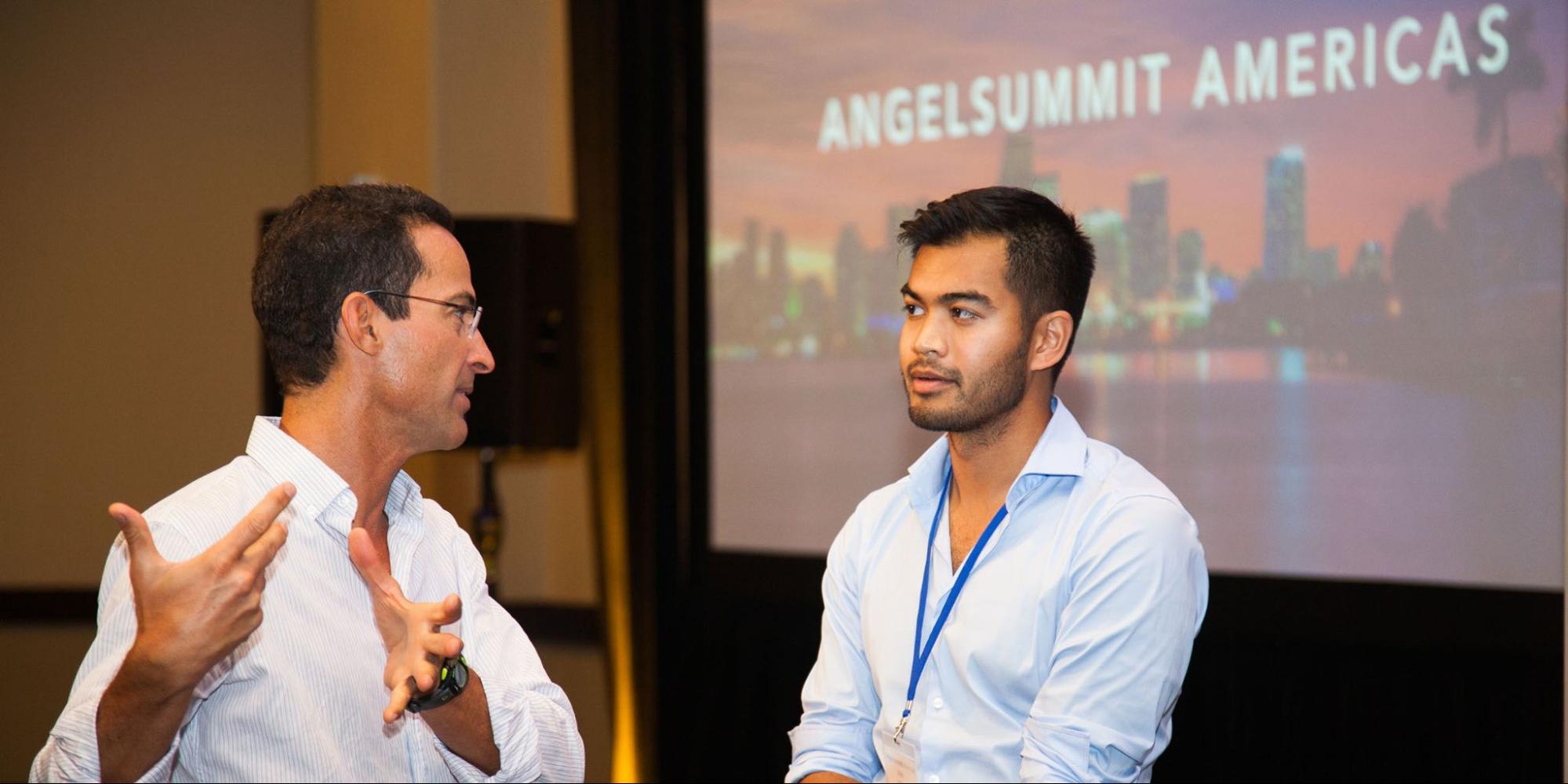 Pictured: Alex Mittal (right), Founder and CEO of FundersClub, speaking with an investor at AngelSummit Americas in 2016

Entrepreneurship is Just the Beginning

Innovators and founders are just part of the equation that’s revolutionizing private markets. The specific technologies they build, the ways in which they build them, the surrounding regulatory environments and legal resources, and the accessibility of alternative assets matter as well. Our next sections will unpack these topics further.