The key components driving the evolution of private investing are new technologies and technical innovations.

New technologies and technical innovations are key components in the evolution of private investing. While technology underpins an incredible breadth of innovation, this article will hone in on two key catalysts of change: 1) the introduction of the social web (for example, blogging, Twitter) and their effect on private investing and 2) competition among investors driving technical innovation in the legal process for private assets. (Subsequent posts will address other new technologies).

This is part three in our evolution of private markets series. This and other segments in our series offer chronology and context on how the private markets got to where they are today. The parts of the series includes:

Let’s examine how technical advancements led to greater awareness, expertise, and efficacy in the private markets.

As with most things, change starts with awareness. In the 1990s and early 2000s, startup investing and venture capital were black boxes. Little was known about how VCs made decisions, and few knew how to go about accessing deals and funds as prospective investments.

With the advent of “Web 2.0” and social media platforms, certain corners of the private markets started to become less opaque. Investors like Fred Wilson of Union Square Ventures backed companies such as Twitter and Tumblr and started to experiment with their investments. Simultaneously, a lot more capital entered the market, and deals became more competitive. Smart VCs began using social media technologies to engage with entrepreneurs and strengthen deal flow. Everyone was looking for an edge, and transparency became the mode du jour.

2003 to date — New technologies empower and amplify VC voices: The rise of venture blogging started to shed light on how these investors operated. Blogging in general became authenticity-driven, with companies and investors ‘showing their cards’ so-to-speak, to add value to readers and convey expertise. Those in other alternative assets (such as cryptocurrencies, real estate) followed suit, leveraging both specialized media and social platforms such as Reddit and Twitter to discuss the assets. This led to smarter entrepreneurs, wiser investors, and a beacon for those curious about alternative assets.

During the sharing era, an incredible range of contributors appeared and added unique twists and takes on authenticity. A few notable milestones include:

The role of access to knowledge and insight cannot be understated in the evolution of private investing. Over the last two decades, every post, article, and tweet from investors has created yet another onramp for aspiring investors to more easily navigate new asset classes while helping professional investors refine their tactics and strategies.

In conjunction with social media and venture blogging making aspects of the private markets easier to understand, the speed at which deals are done accelerated. To better enable efficient transactions, several organizations unveiled cleaner, simpler legal documents making startup investing increasingly streamlined. In many cases — these new documents were shared openly. This standardization of terms (versus bespoke overlawyered agreements) shifted core aspects of ‘getting the deal done’ to focus on speed and simplicity. What once took months and hundreds of thousands in legal fees can now be done in days for a fraction of the cost. A few key innovations helped drive this evolution:

Late 2000s / Early 2010s — Rise of Convertible Notes: “Speed, simplicity and cost” are commonly cited as the core benefits of convertible notes. While disliked by some investors, they were rapidly adopted by others, and preferred en masse by entrepreneurs. Fundamentally, these documents helped kick the tricky ‘valuation’ question (how much is your tiny early stage startup actually worth) down the road (usually to Series A), making it easier and faster for deals to get done. At the time, convertible notes were also 10% of the cost of the legal docs used for ‘priced rounds.’ Their rise in popularity was fundamentally an ‘evolution of mindsets.’ 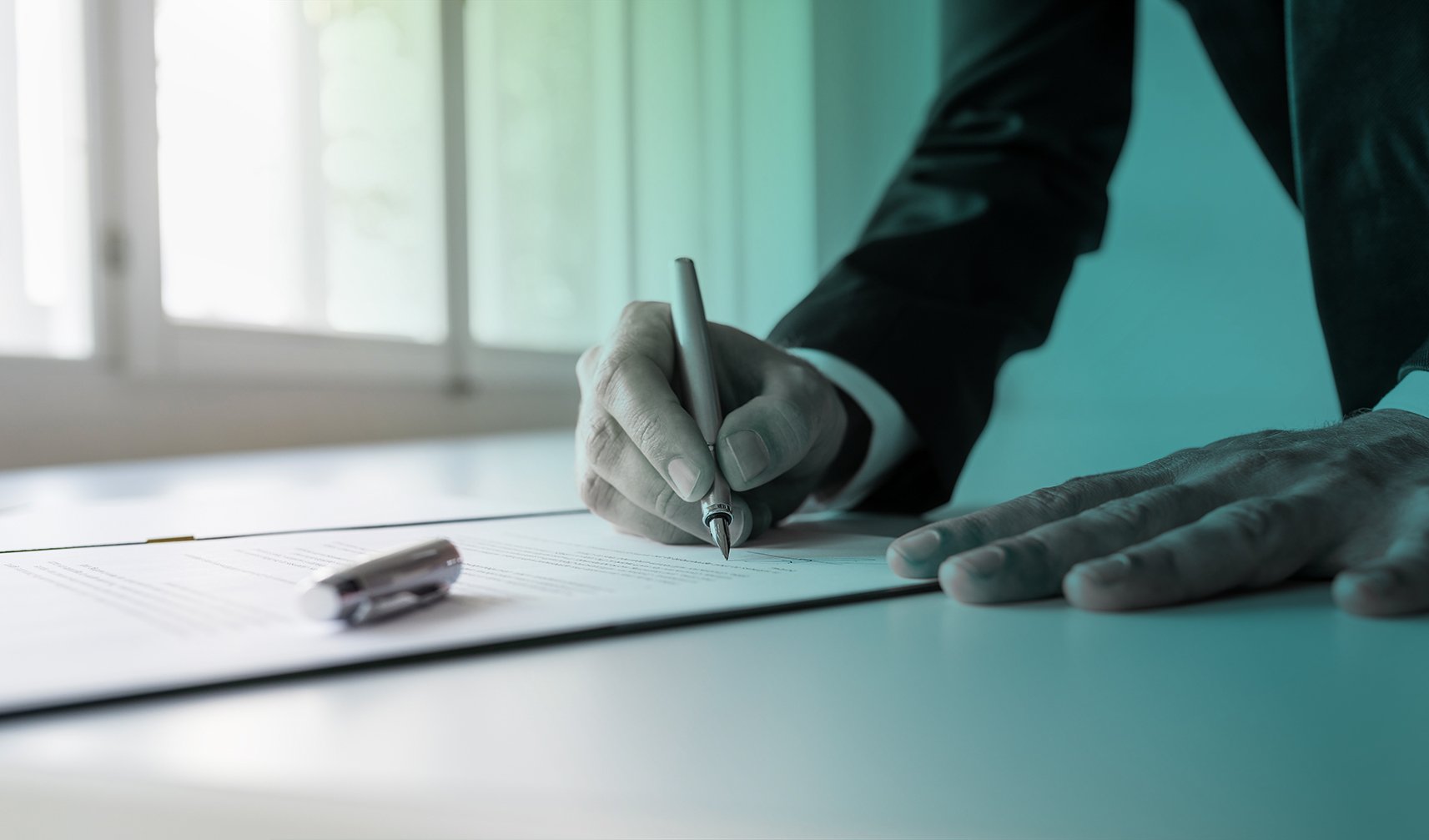 2008 to today — Publicly available streamlined legal docs: In the summer of 2008, startup accelerator Y Combinator and law firm Wilson Sonsini debuted their standardized publicly available Series AA Financing Documents. At the time, this was effectively a ‘line in the sand’— the YC team was tired of seeing inconsistent docs, re-engineered terms and templates, and squandered resources to get what should be straightforward early-stage investments papered and signed. Make no mistake, this was and still is an iterative process, with ample bickering over best practices. But the Series AA doc release ushered in a decade of document improvement, bringing ever greater simplification and standardization to the early stage investment process.

And in 2013, Y Combinator unveiled the SAFE (Dec 2013) (Simple Agreement for Future Equity). The SAFE was even more simplified than convertible notes, and importantly, was a standard simple template (whereas convertible notes had comparatively more variation in their language and terms).  The SAFE was also engineered to be much more ‘tax-friendly,’ with fewer tax filing requirements than with traditional notes. Ultimately, the SAFE reinforced this shift around ‘speed of getting deals done.’

In 2012, our company Assure formed to help investors automate a traditionally manual, offline transaction experience with their Glassboard platform. For our first several years, we powered the back office of AngelList while also working with individual investors, funds, and family offices to paper and monitor their deals more efficiently. We also drafted and provided template SPV fund documents to the market, making them available for download from our website. We’ve since administered thousands of the aforementioned SAFEs, convertible notes, and other legal docs. And while we are certainly not alone in bringing the back office online — with other administrators strapping in digital components to stay relevant — Assure has been instrumental in pushing the industry to innovate. We’ll dive into this in greater depth in a future post in this series.

Introduction of the VC Tech Stack

It’s ironic, but the segment of financial services dedicated to investing in the most advanced technologies has been the slowest to adopt technology itself.  Up until the mid 2010s, VCs were rather rudimentary in their use of technology to power internal processes. Fund managers used email, iPhones, Excel, and if they were truly cutting edge they may have also used a CRM.

As the venture zeitgeist shifted towards investing in business-to-business software-as-a-service (B2B SaaS) companies, their technology options expanded. The need to find an edge and improve efficiency led VCs to proactively design and tinker with their ‘VC Tech Stack.’ Those who invested in these startups also wanted to test-drive products in their infancy. Today, venture firms build their practices on the back of 200+ technologies and products.

In many cases, the use of these technologies transcends a single asset class: investors in real estate, cryptocurrencies, NFTs, art, farmland, collectibles, private equity, and beyond all leverage specialized SaaS products to be more efficient and effective investors.

Data is underpinning the next wave of technological transformation in alternative assets. Historically, very little was known or tracked around private assets in any structured manner. Conversely hedge funds have paid virtually uncapped amounts for unique datasets — with more than half of hedge funds reporting usage of ‘alternative data’ (think things like satellites counting cars in Walmart parking lots or location and usage data of mobile apps).  But the rest of alternative assets have lagged behind.

This is rapidly changing. Correlation Ventures (2010) was one of the earliest venture firms to integrate data into its core, using startups’ data and computer models to drive its investment decisions.  Others have followed. Online investment platforms like CircleUp are embracing machine-learning to help drive deal sourcing and selection, with products like Helio (2017) tracking billions of data points around consumer products companies. While specialized data providers such as CBinsights have built enterprise-priced ‘FICO scores for startups.’

Rest assured, we are in the earliest innings of the role of data and artificial intelligence in alternative assets.

Technology is Just a Means to an End

New technologies are evolving private investing at an ever-more-rapid rate. The advent of social media drove greater transparency in how investors think. Standardized deal structures emerged to reduce friction in transactions, making it easier for both sides to move fast on a deal once terms are set. B2B SaaS products fostered the ‘VC Tech Stack’ (as well as the tech stacks of other asset classes), integrating technology across multiple touchpoints of an investor’s day-to-day. And large data sets paired with machine learning are helping investors be smarter about how they find and choose their investments.

Our next section will dive into changing regulatory environments and the new ways to access private market assets.