"What kind of burden, workflow or other

issues are involved with foreign investors?"

What about foreign investors?

A few years ago, Assure had a client that was utilizing capital-raising SPVs to invest in startup companies. This client had a global network of both startup companies and investors. One particular deal needed to move quickly – a common occurrence for Assure. In the coming few days, this SPV needed to be set up, funds collected and then wired. 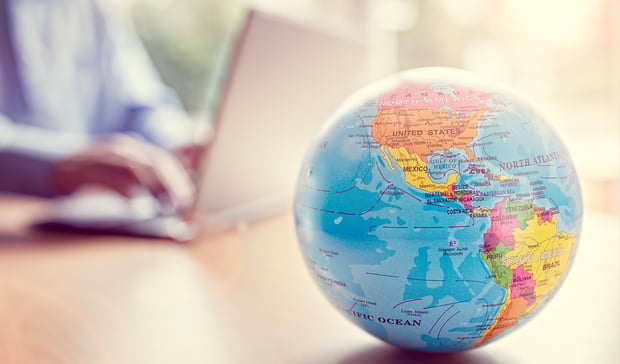 No problem! Assure structured the investment vehicle, opened a bank account and prepared the documents. Assure did its part. Our client’s investor did its part as well, quickly wiring the funds. In this particular deal, there was only one investor, which certainly helped expedite the rapid turnaround.

Next, Assure needed to wire those funds to the startup company in order to purchase shares in that company. At this stage of the game, the deal was feeling routine. Then suddenly the deal ran into a snag – the element of a “foreign investor.” Such a snag was not an option in this case. Our client was adamant that if these funds didn’t get wired to the startup company almost immediately, they would be shut out of the deal. The structuring and administration was routine for Assure. Yet speed, one of Assure’s superpowers and previously the company’s friend, was now the enemy.

The investor was not a U.S. citizen, and the target startup company was not a U.S. company. The bank received a large sum of money (millions of dollars), rapid fire, and within 24 hours Assure attempted to wire the funds out of the U.S. Assure management later learned that nearly every red flag possible went off inside the bank simultaneously. The bank, one of the largest in the world, did not allow the wire to go out. Worse yet, although Assure had a multiyear relationship with this bank and many deep relationships, it seemed Assure was being ghosted by the entire bank staff.

This wire was supposed to go out on Wednesday. It did not go out…but that can happen. Surely it would go out the next day. Yet Thursday came, the wire didn’t go out and everyone at the bank was continuing to ignore Assure. We couldn’t get anyone to respond to an email or answer the phone. Our client was concerned and was beginning to become agitated. Our client’s investor was growing increasingly concerned. Our client had sold a startup investment opportunity to this investor, the investor believed in the opportunity and was excited about owning a piece of this startup.

Everyone had put in a lot of work in order to bring the deal to a successful conclusion: finding the deal; selling the opportunity to the investor; conducting due diligence; and performing other crucial activities pursuant to the investment. Now the client and its investor were afraid they were going to miss out on the deal because Assure couldn’t get the wire sent. If Assure could not get this deal over the finish line, its client would look bad and they may have lost this investor for future deals. Still worse, this investor might tell their network that Assure’s client – and Assure itself, for that matter – were not professional or reliable enough to trust in business deals. This is a relationship business after all.

Friday, the wire didn’t go out either, and everyone at the bank was still ignoring the Assure team. Assure CEO, Jeremy Neilson, was pulled in that Friday, and asked to get on the phone with the client and the investor. The client was emotional, and the investor was clearly upset. Jeremy made a promise he knew he did not have the ability to keep because it was outside his direct control. He guaranteed that the wire would be sent on Monday, a few short days away. He then went to work calling his contacts at the bank. He eventually got in touch with one of his contacts. Information started to trickle in. The amount of money involved, the country the funds came from, the country the funds were going to, and the turn-around time of 24 hours – all of these added up to a perfect storm. This one wire had to be personally approved by the CEO of this $85 billion-revenue bank.

Thankfully, in the end the deal was not lost. As Jeremy had promised, it closed that Monday.

Nonetheless, Assure chalked this one up as a major lesson learned: Don’t promise clients that you can turn around funds within 24 hours…especially if those funds are coming from foreign nationals, or if money is flowing to or from foreign countries.

“What about foreign investors?”

“Is there any possibility that I can fundraise from foreign groups?”

“What kind of burden, workflow or other issues are involved with foreign investors?”

The two most important considerations in receiving funds from foreign individuals involve compliance and tax.

A couple of definitions are necessary to follow the thread of this Webpage: KYC stands for “know your customer/client.” AML is an acronym for “anti-money laundering.”

The U.S. Government wants to keep capital that originates with certain groups, individuals and even countries out of the U.S. They are above all concerned about money laundering. The agency tasked with preventing money laundering is the U.S. Office of Foreign Assets Control (OFAC). OFAC administers and enforces economic and trade sanctions based on U.S. foreign policy and national security goals. The Office protects the U.S. against threats from targeted foreign countries and regimes, terrorists, international narcotics traffickers, those engaged in activities related to the proliferation of weapons of mass destruction, and other dangers. In short, OFAC guards against threats to U.S. national security, foreign policy or economic interests.

Assure uses a third-party database through which it runs each investor it represents and those associated with its clients. This process happens automatically and is usually invisible to the company’s clients and other investors through its Glassboard platform. The only instance in which an investor would be aware of these checks is if they are flagged and prevented from investing.

Some quick stats: Of the thousands of investors that Assure has performed a KYC/AML check on, only 1 percent required a second check, due to common name or some other issue. Of all the checks we have performed to date, only one solitary client didn’t clear and was prohibited from investing.

ACCREDITATION Assure’s clients – and indeed most VC Funds – rely on the US Federal Reg D exemption, which requires that all of the investors be accredited. An accredited investor is, according to the SEC, someone that makes $200,000 annually or has more than $1 million in assets, excluding their homes. In other words, anyone the SEC considers wealthy enough to make risky investment decisions without falling into financial ruin. This is the same standard foreign investors must meet before they can invest in the U.S. $200,000 annual income and $1 million net worth in U.S. dollars (not including homes) – not Philippine pesos, Chinese yuan or Brazilian real.

Assure’s clients – and indeed most VC Funds – rely on the US Federal Reg D exemption, which requires that all of the investors be accredited. An accredited investor is, according to the SEC, someone that makes $200,000 annually or has more than $1 million in assets, excluding their homes. In other words, anyone the SEC considers wealthy enough to make risky investment decisions without falling into financial ruin. This is the same standard foreign investors must meet before they can invest in the U.S. $200,000 annual income and $1 million net worth in U.S. dollars (not including homes) – not Philippine pesos, Chinese yuan or Brazilian real.

When working with investors that are non-U.S. (“foreign”) citizens investing into U.S. assets through U.S.-structured investment vehicles, there are typically two primary considerations that foreign investors are interested in:

Generally, the rule for withholding foreign investors’ returns is that 30 percent of the profit is withheld and sent to the IRS – unless the home country of the foreign investor has a treaty with the U.S. for a lower percentage OR the investor meets the requirements for an exception. Meeting these exception requirements depend on the type of investment and the structure used to make the investment. For purposes of this Web page, we will only concern ourselves with investing into startup companies through an investment vehicle (i.e. an LLC or LP entity).

Let’s start with a consideration of equity. When equity is sold and there is a gain (or loss) on the investment according to the IRS, this gain or loss is treated as capital gains/losses. A foreign investor’s capital gain is generally not subject to U.S. tax. Thus, there is no withholding requirement on capital gains or losses for foreign investors. So, a foreign investor can invest capital into a capital raising SPV, that SPV can pool the funds of all the investors and invest into a startup company, receiving a SAFE or stock in return.

Then when that startup company is acquired or goes public for a large gain, the foreign investors will receive 100 percent of their invested capital and their share of the profits without any IRS withholdings. They may need to pay taxes in their home country, but they are not subject to taxation in the U.S.

Let us pivot now to a situation in which the startup company is using a convertible note as its instrument. When it comes to debt instruments, the IRS rules are more complex than for the previously mentioned equity rules.

An SPV fund is not engaged in a U.S. trade or business; accordingly, the withholding process generally does not (and should not) come into play.

However, the IRS code also imposes U.S. withholding tax on several categories of passive income or non-effectively connected fixed and determinable income derived from U.S. sources, known as FDAP income. Income subject to this withholding includes interest, dividends, salaries, wages, premiums, annuities, compensations and other fixed or determinable annual or periodical gains, profits and income unless there is an exemption. In practice, even though a convertible note is a debt instrument with interest payment terms included, it often meets one of the exemptions called the portfolio interest exemption. Foreign investors are not required to pay a withholding tax to the IRS IF they fill out a W-8 and receive a 1042-S form.

Generally, foreign investors that invest in U.S. startups through an investment vehicle, such as a capital-raising SPV, will not be subject to withholding taxes, but they must provide a W-8 and they will be issued a 1042-S form.

What if, despite the fact that no withholding tax will be sent to the IRS, a foreign investor does not want to provide their information on a W-8 form, nor want to receive a 1042 S form? Add some more structuring and set up an offshore blocker entity.

However, there is one important thing that the blocker does not do. It does not decrease the amount of tax paid to the IRS. It will only hide the identity of the investor from the IRS. A blocker entity is very similar to a U.S. LLC entity but initiated through a non-U.S. jurisdiction such as the Cayman Islands or the British Virgin Islands.

Five Most Common Compliance Questions Answered by our Experts